Florence Nightingale, considered to be the founder of modern nursing, was born on May 12th, 1820, so this year marks the 200th anniversary of her birth. 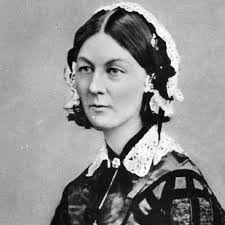 In her honor, World Health Organization (WHO) has designated 2020 to be the “Year of the Nurse”. This designation was made long before COVID-19 was even defined as a disease. Had 2020 NOT been called “the year of the nurse” before, it certainly should have be moving forward. Although there are and will be many heroes from many professions in this war against the “invisible enemy”, our nurses are the ones who are truly the interface with each individual patient. Ambulance teams bring them to the hospital, doctors evaluate, diagnose, and order treatment, ancillary staff do their part in testing, diagnosing, coordinating, cleaning, among other tasks, but it is our nurses who are in thepatient rooms, identifying the needs of the hour, assessing progress or deterioration, comforting when needed, and communicating with the family and friends, who can no longer even visit in the hospital. It is our nurses who don all the critical personal protection, enter the rooms where the virus is looking for its next prey, give meds, check the vital signs, and make assessments to convey to the rest of the medical team.

Hospitals and health care centers around the globe have been making major plans for celebrations in honor of their nursing staffs, focusing particularly in May, since Florence’s birthday is May 12. But unfortunately, the arrival of COVID-19 has thwarted most of those plans. In lieu of all the planned parties, I began working on a written tribute to nurses, to help recognize them and the role they play in all of our lives. There are 5 installments, each focusing on a nurse, first on Florence Nightingale. As the son of a country doctor, and now as a surgeon the other installments will focus on different nurses who have played a role in my own life and career.

When all of the dust settles after this pandemic becomes a recent historical chapter rather than a daily horror, our nurses will be recognized as the leading heroes in our hard fought victory over the invisible enemy. They will be doubly deserving of proclaiming 2020, “The Year of the Nurse”.

The Lady of the Lamp

We are hearing daily about the lack of PPE’s (personal protective equipment), overworked staff, limited resources, and fear of death, during this “corona-pocalypse”. Has it ever been as bad as this in the world? Well, probably every generation has it’s own crisis to endure. It may be worthwhile to step back in time, to an era when being sick in the hospital did not automatically mean there was a knowledgeable and caring nurse at your bedside. In fact, going to a hospital was more like putting one foot in the grave.

Let’s stream back to that era, in the late 1800’s. Medical care, or lack of it, was particularly evident in time of war, when so many soldiers were injured, from the weapons of that century, cannons, guns, and swords. It was in just such a scene that the founder of modern medicine entered the stage.

Florence Nightingale might not have become the icon that she is today, were it not for the Crimean War. It was one of those wars in which, once it was over, it was hard to figure out exactly why it started and what was gained as a result. The British and French armies joined the failing Ottoman Empire in a war against Russia for control in Eastern Europe along the Black Sea. It was here that the British army took on heavy casualties, and medical care was primitive or completely lacking. News of the terrible conditions did not sit well with Britain’s citizens, and it was into this quagmire that Florence Nightingale volunteered to help.

She was born to a wealthy couple in England. There were several influences in her life that fed a desire to do more with her life than merely marry and have children. At the age of 17 she had a very realistic vision that God was calling her to a life of service to others. Another similar experience occurred while traveling to Thebes in Egypt at the age of 30. Of this she wrote: “God called me in the morning and asked me would I do good for him alone without reputation.” She had already begun her nursing career, against the wishes of her parents.

When she learned of the horrible conditions facing the British troops in a distant land, for a questionable cause, she volunteered to take a small corps of nurses to tend to the wounded. What she found on arrival was abysmal. There were few medical staff, and virtually no supplies, no means for food preparations, and filthy wards. She pleaded for help from the British government, who responded by sending and quickly raising a prefabricated building as a hospital.

Nightingale initiated strict hygiene policies and became a tireless soldier in what for her was a battle, not against Russia but against disease. It has been estimated that most deaths that occurred were due to the poor sanitary conditions in the wards than from the actual battle injuries. The lack of hygiene allowed diseases such as typhus, cholera, dysentery, and typhoid fever to run rampant. Nightingale is credited with lowering the mortality rate from 42% to 2%. Strict hand washing was a cornerstone of her teaching. It was said of her by author Lucien Baudens, “This frail young woman … embraced in her solicitude the sick of three armies.” As she continuously passed from one soldier to another offering care and hope, with barely any rest for herself, she became known as the “Lady of the Lamp”.

As we face down this current pandemic, it seems terribly ironic that something as simple as hand washing, so vitally important to Florence Nightingale even 150 years ago, still suffers from poor compliance among health care providers. The current lack of supplies in certain cities is also eerily similar to the situation she faced then, though of course for different reasons. There are in our midst 200 years later, thousands of “Ladies of the Lamp”, on the front lines in our Intensive Care Units, Emergency Rooms, Operating Rooms and wards. Many of them may have recited at their nursing graduation, the Nightingale Pledge, as follows:

“I solemnly pledge myself before God and in the presence of this assembly to pass my life in purity and to practice my profession faithfully. I shall abstain from whatever is deleterious and mischievous, and shall not take or knowingly administer any harmful drug. I shall do all in my power to maintain and elevate the standard of my profession and will hold in confidence all personal matters committed to my keeping and all family affairs coming to my knowledge in the practice of my calling, I shall be loyal to my work and devoted towards the welfare of those committed to my care.”

I am dedicating this tribute to our nurse heroes, wherever they may be serving. May they be shielded from exhaustion, illness, or dying, as they persist in their protection of their patients. May they be adequately equipped with all the supplies and personal protection they need, in order to fulfill the noble profession to which they have been called.

Please watch for my next installment, where you’ll meet Marion, the Country Nurse.