I was born in the last month of my father’s medical school training. From there he served a one year internship in Pittsburgh, PA and from that point on he took an offer from a local Lions’ Club in western Pennsylvania, in a county that had no doctors at the time.

We initially lived in a large century old stone farmhouse, and his office was in a one room building on the property. I don’t know exactly when his nurse Marion Foster started working with him, but I think it was very fairly early on. Marion was an RN (Registered Nurse), 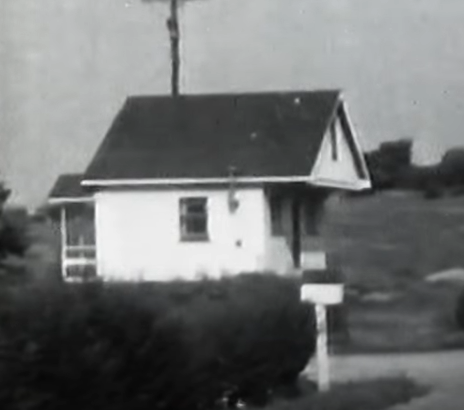 unmarried, and living with her aunt. As near as I could tell, she was basically just another member of our family. She spent the entire day in the office with my father, and would often share meals with us. On occasions when my parents might have a trip scheduled, she filled in as babysitter. Marion had a caring and very pleasant demeanor. No matter what issue arose among the five of us children she always had a positive resolution at hand.

My father was truly a country Doctor, I still have the black bag that he took on house calls. Marion would accompany him, and some of those house calls were for home baby deliveries. Sometimes the deliveries would take place at our home, in his basement office. Expectant mom and soon-to-be dad would walk up and down the long driveway until the contractions got close enough to “get ready”, and Marion would be right there, preparing all the necessary supplies. Once the baby was born, my father would share a prayer with the new parents and baby, giving thanks for a healthy child, and a blessing for the child’s future. And then the proud parents would joyfully go straight back to their own home. Marion would clean up, then go home for a few hours of sleep before arriving bright and early for the next day’s appointments.

As my father’s practice grew, and we had moved to a new house, our home got even busier, since my father set up his office in our basement. Being out in the country, it was very common for Amish couples to drive their horse and buggy down our drive, and “park” under a convenient tree, during their office visit. The patients came to know and trust Nurse Marion as an extension of my father, and she was able to provide appropriate advice, renew prescriptions, and relay questions to my father, when necessary. To the extent that my father was a country doctor, she was likewise a true country nurse. They collaborated on all the patients, and formed a solid team. Even at my early age, I learned the importance of having a team that all share the same vision and purpose, particularly in health care. Later on in my own career, I would have the opportunity to team up with another Nurse Marian, who I will share more about in a later installment.

After many years as my father’s right hand person, Marion felt a calling to work with the Red Cross. She served in several different capacities with the Red Cross Disaster Relief, spending some time in Stuttgart, Germany and then Washington DC, and finished her decades long career in New York City. She covered many natural and man-made catastrophes both regionally and nationally. If she were alive today, I am certain she would have already thrown herself full force into the Coronavirus front lines, whether in New York City, New Orleans, or some other hot spot.

Please watch for the next installment, coming soon, you’ll meet the Grady Nurse.